I went out on Christmas Eve to one of my favorite winter time spots – Fish Creek.  This time, I did a new route.  I took the road above Fish Creek that is sometimes called the Calico Road.   For those who are familiar with the area, it is the closed road just above the road that goes right along Fish Creek.  The Calico road climbs above Fish Creek, however you can hear the creek most of the time.  There was almost no snow at the start of the trail, about 1200' in elevation.  The snow increased very slowly as the "trail" went up.  The "trail" (decomissioned road) is very similar in feel to the Fish Creek road, however for some reason I found it a little easier to walk.  It seems like they were a little less aggressive when they ripped up the road, so it it wasn't so rough.  The creek crossings were a little easier as well.  I ended up crossing Rimrock, First and Second creeks, as well as a few other small little flows of water along the way.  Most of the trail is pretty closed in – there are no real views.  Once I got almost to the Third Creek crossing, the road opened up and gave a good view of Whalehead and some of the other peaks in the area.  At this point, the road was just over 2000', and there was a couple of inches of snow on the ground.  I was suprised at how little snow there was, though.  There was very little snow in the trees, and even on the road it was spotty in places.  Some areas were more heavily covered than others (shaded areas mostly), but even in the heaviest places I don't think there was more than 3″ of snow.

The weather was beautiful, although a little cool when I started.  It was a GREAT wintertime hike.

Here is whalehead from the road: 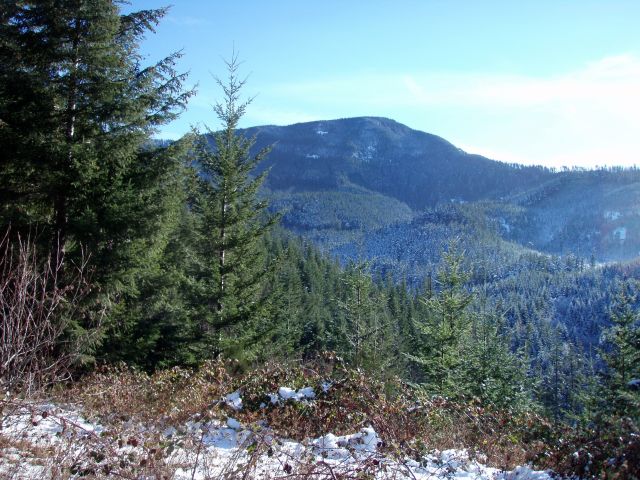 Here is what I think may be Wanderers Peak?  Looking West from the road-Almost directly opposite Whalehead: 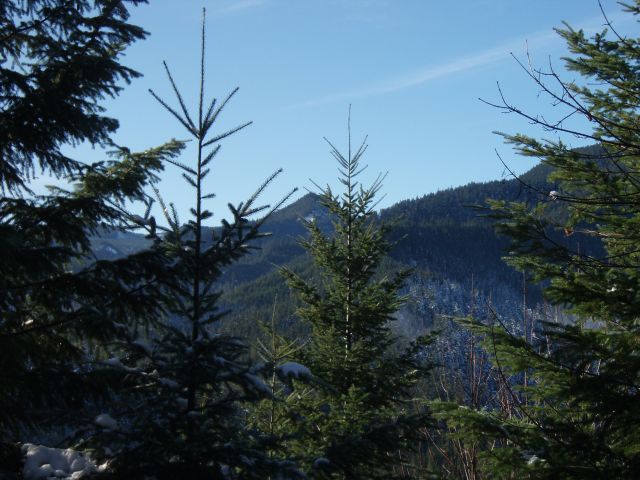 After I got done with the Fish Creek Hike, I decided to investigate something that I saw on the map that has gotten my curiousity for a while – The Fish Creek Emergency airstrip: 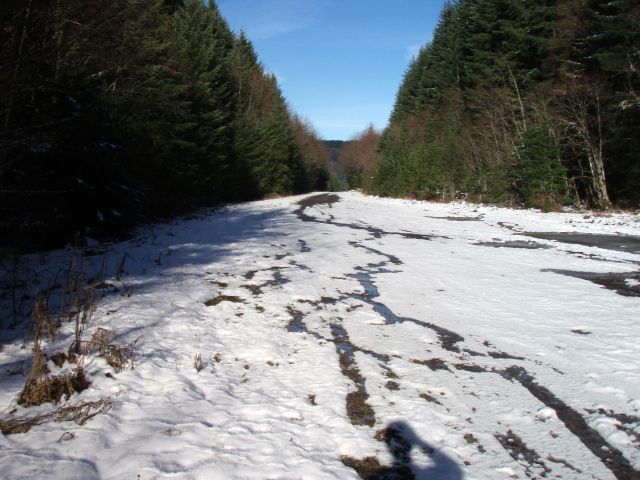 I suppose you might be able to land a small plane there, but since the trees have grown up on the sides, it would have to be quite an emergency I would think!  It was interesting to see, however….