Note: The trail mileage above includes the out and back from the main trail to both upper and lower Rock Lakes.

This is an interesting and varied trail into several lakes, ponds, rock fields, meadows and grottoes.  It passes through areas largely recovered from severe fires of the Nineteenth Century.  There are a few views of the South Fork Roaring River canyon. The road into the trailhead will rip the oil pan from your car if you are not paying attention.  Shellrock Lake Trail 700 can provide access to the area using better roads and less driving.

Nearby Frazier Mountain was named for Donald Frazier, who died in 1918 in military service during WWI. He was a forest guard on the Mt. Hood National Forest. The mountain was formerly called Shellrock Mountain, one of several in the sate, and it was believed the new name would be more suitable that the duplication, as well as honor a man who died for his country.1 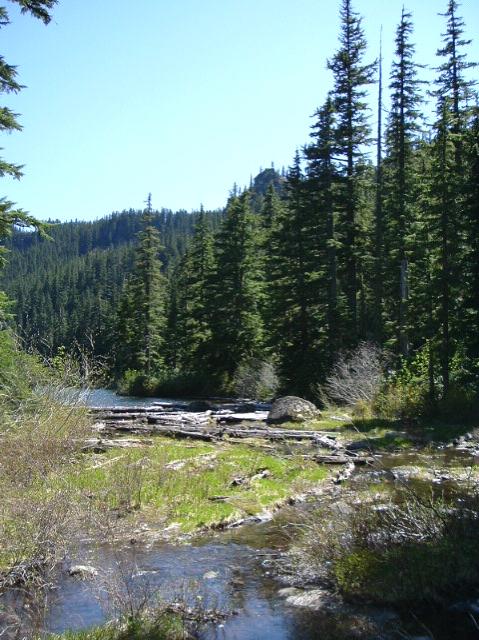 Above Serene Lake you can connect with the Grouse Point Trail 517 and continue on the Cache Meadows for a return to your vehicle.  Leaving Cache Meadows keep left at the unmarked trail junction, then right at the top of the hill once reaching the old road.

Middle Rock Lake and Serene Lake have the nicest camp sites.  Don’t forget bug repellent at bug season.  These lakes are rather popular during the Summer. If Middle Rock Lake is too crowded, follow a meandering and brushy trail around the lake and up a short hill to the small but pleasing Upper Rock Lake. 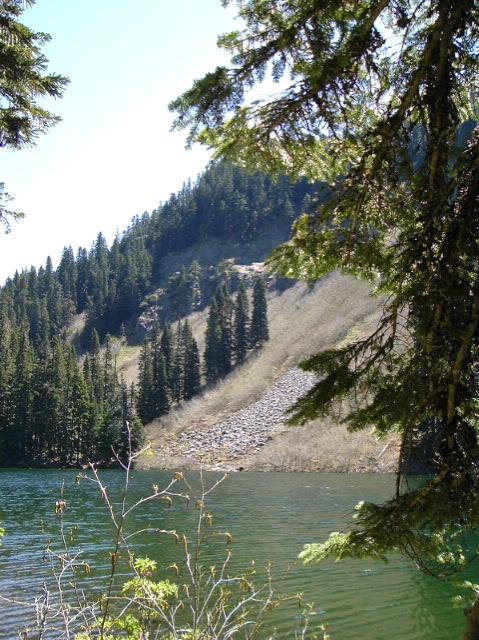